You Can Burn More Calories while Sleeping than Watching Television

This might be intriguing information to read and in order for us to conclude if this is fact or not, let us look at the details of both sides: sleeping and watching television.

Normally, when you watch television, there is a desire to eat snacks, say, popcorn, chips, and other junk foods. This is common to those who would like to sit in the couch the whole day and do nothing. But the issue here is not about whole day watching but simply an hour or two. Looking at what would happen in the body after spending a few hours of watching, the result is shocking.
Apparently, watching television slows down the function of the brain. It means to say that the information that the eyes gain is merely inserted in but mindlessness is present and it is not functioning normally. Studies show that those who are watching too much television are more obese and there are so many risks connected with obesity. 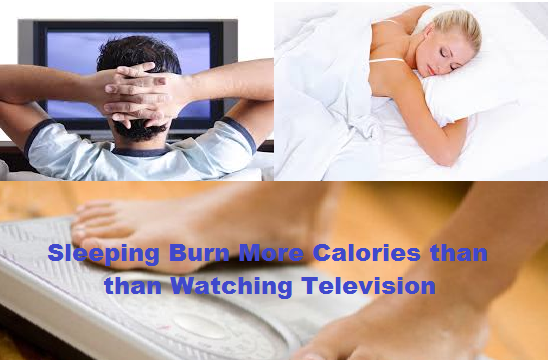 On the other hand, studies show that sleeping can make body metabolism normal. Aside from the repairmen of the cells, someone who will spend 8 hours of sleeping can help fight some health risks. According to a research, if you are going to sleep, your brain functions differently. It means to say that there are particular moments in sleeping time wherein the brain functions as active when you are awake though not physiologically. Sleeping burns more calories than watching television and growth hormone is also released at high rate during sleep.

With this study, we can conclude that sleeping is much better than watching television if we want to burn more calories. You have to check your lifestyle now if it is contributing to your growth and development or not.