Steve Job’s Original Aspiration was to become a Buddhist Monk

The success of Apple products is so apparent that when we go to the market, there are iphone, ipad, and other gadgets that were products of the brilliant minds of Steve Jobs. With all these products, we may consider him as one of the people with the most brilliant minds in terms of technology. For the past decades, he really captivated the hearts of the people and impressed them through his lifetime with his inventions, designs and even software that were used as applications in Apple products.

Despite the above information about this intellectual man,  his original aspiration was to become a Buddhist monk and this is quite trivial knowing that it is not in connection to the path that he chose. He lived a life that has not something to do with being a monk, he became an IT expert and inventor of gadgets. 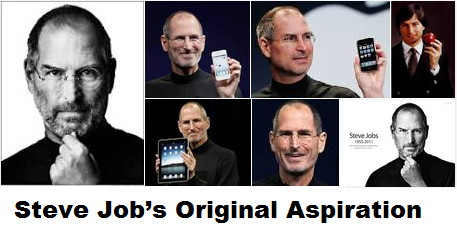 The story is he traveled to India with one of his best friends from Reed College he decided to shave his head and became a Buddhist monk when he returned. This may not be common in the story of this man who left a lot of legacy to the people after his death. The fact is when you go online you will read a lot of his quotes that really inspired a lot of people around the world to become like him. The Apple company nowadays will not be like what it is now today without the hands of Steve Jobs.

The thing is what if he really became a Buddhist monk? Well, there is nothing wrong to be like this. When we look at the history, there was this brilliant Gregor Mendell who was also a monk but focused on the study of genes. Imagine a techie Buddhist monk.