The issue about marrying a first cousin is not accepted in the society. This is due to the fact that there are genetic explanations that could result to mutation in case there is an offspring that will be formed. Though there are historical backgrounds that in the early ages, especially in the Bible there were marriages between cousins as much as possible, this is not encouraged.

This is different in Utah because it is legal as long as you are 65 years old and above. Well, there are so many angles that you can see with regards to the issue knowing the fact that the age is quite not that sexually active and there is a very low chance of getting an offspring. 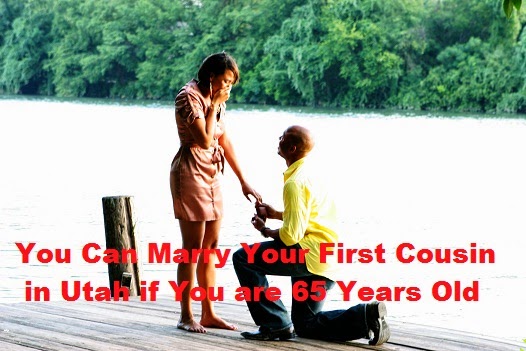 It is clear that the reason for allowing marriage at that age along with the conditions is that both parties are not able to reproduce because reproduction can be dangerous and the child will suffer. Though this is applicable in Utah, not all states in America are conforming to it. Majority of the states aside from Utah are against marriages between first cousins.