Looking at a mirror everyday allows us to see ourselves and how we look before going out. The thing about this is that most of us cannot go out of the house without looking at ourselves in the mirror just to see to it that everything looks fine before going out and in order to avoid putting ourselves in shameful situation.
We tend to think that we are the only species in the world who could look at the mirror and recognize ourselves but study shows that chimps can do this too. In fact if you are going to position them in front of a mirror, they will have a reaction on their semblance.

A typical monkey doesn’t care about the image that he looks at the mirror. When a monkey is placed in front of a mirror, he would surely look at the image in the mirror as another monkey similar to him. This situation is also the same with other animals and only humans and chimps are able to surpass the challenge. 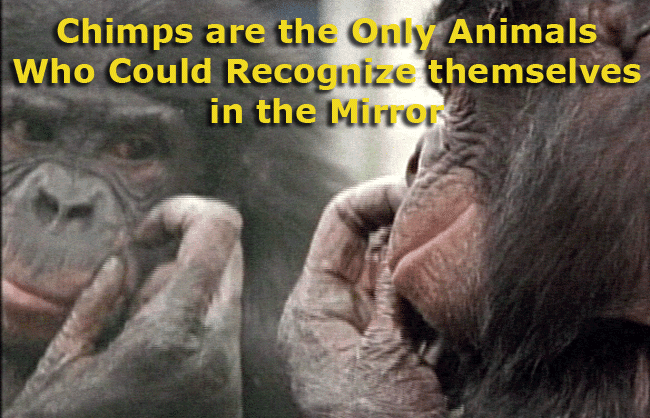 The similarities between humans and chimpanzees is when you place them in front of the mirror, they will project funny faces because they are aware that what they see in the mirror are also they.

This has been a hypothesis of scientists for the past 40 years. Because of the idea, they have concluded about the great divide in terms of cognitive functions of chimps to other animals and that they have a higher form of thinking as compared to other animals.

How often do you look at yourself in the mirror? What are you thinking when you looking at it? If the chimps are aware that the faces that they look at in the mirror are theirs, what lessons can we learn from them?