Things We Don’t Know About Bulldogs

Bulldog is a breed characterized by a short, strong dog with a large neck and head. Another prominent feature is having a pronounced mandibular prognathism, making his looks more interesting than any other breeds. They have thick folds of skin in their brows, round, black wide-set eyes. They also have hanging skin under the neck, drooping lips, and pointed teeth. These characteristics are typical to them and made them easily identified.However, some of these characteristics come from a cross breed with the pug which is a toy dog with a wrinkly, short-muzzled face and a cute curly tail. The outcome was a shorter, wider dog with a brachycephalic skull.


The dog gained the name “bull” because of its use in the sport of bull baiting.This portrays a number of dogs released in a fight against a tethered bull. Each dog has been wagered so that the first dog who can grab the bull by the nose wins the game. Sadly, during the fight, a lot of dogs got trampled, gored, or tossed up in the air by the gigantic bull. By and by, dogs used for bull-baiting evolve into more stocky bodies and massive heads and jaws. Their temperament changed adamantly into ferocious and savage. 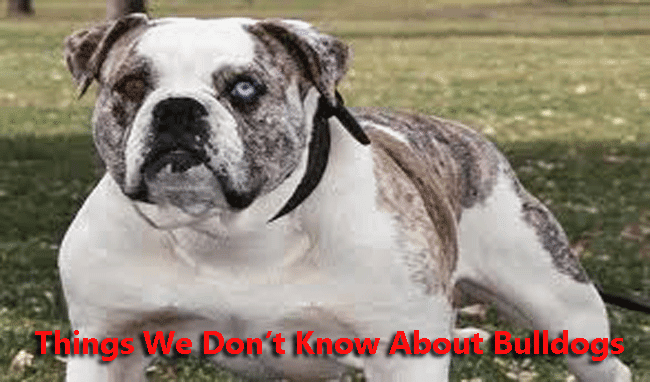 Thanks to the breeders who trained the bulldog to be less aggressive. Now, it is known for its good temperament being friendly, patient and jolly. It can easily build trust and can develop attachment with his master and even to other pets in the house. It won’t dare go out in the yard without a human companion. Unlike other breeds, he would choose to sleep on a lap rather than to play with a ball outside. Though today's Bulldog looks tough, he cannot perform the job he was originally created for as he cannot withstand the rigors of running and being thrown by a bull, and also cannot grip with such a short muzzle.

Contrary to what we already know, this cuddly creature is so delicate that he needs a good shelter, food and water. Due to its brachycephalic features, he is prone for overheating that is why he should be kept in an air-conditioned and well-ventilated environment. He needs ample of exercises because he is prone for obesity therefore resulting to heart ad joint problems. All in all, he needs our tender loving care.