The World's Tallest Building is Still Yet to Emerge

Fast evolving economy and emerging of new invention after inventions demands a lot of good locations for business. Not just a location but a prestigious heartland to startup businesses. Therefore, constructions of tall buildings crossed the minds of billionaire-business minded people. They can’t even cast their doubts about losing money as they have the guts to do it.

We know that BurjKhalifa has been on top of the list of the world’s tallest building but let me introduce to you the coming of the next tallest building in the picture. The Kingdom Tower in Jeddah, Saudi Arabia, previously known as “Mile-High Tower” is still under construction. It was proposed to be a mile high tower but due to some reason it was reduced to 1000 meters high. 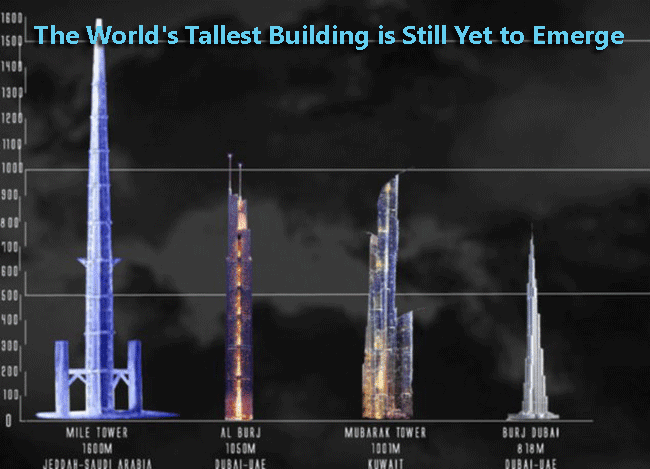 The construction began in April 27 and is located along the Red Sea on the north of Jeddah. It is expected to be 568 feet taller than BurjKhalifa. They are looking forward the finishing of this building in the year 2018 at least. No other building has been currently proposed to be taller than the Kingdom Tower according to the Council on Tall Buildings and Urban Habitat. This building is designed to be a residential, hotel, and office space combined. Out of the 200 total floors, 160 will be habitable.

This building would truly put Saudi Arabia in its epitome of popularity. Prince Al Walled Bin Talal, the creator and leader of the project and the wealthiest Arab in the Middle East envisioned that the project itself will set the world’s sights on our beloved Kingdom of Saudi Arabia and particularly on Jeddah. Furthermore, the project will help create hundreds of jobs for our Saudi countrymen.  He dreams of putting the SPOTLIGHT on Saudi Arabia by the aid of the Kingdom Tower. This building will strengthen their leverage in the name of power and popularity.