In the collaged photos, Ballesteros, 31, is wearing a hospital gown while laying on a pillow bearing the hospital’s logo. He even took photos of his right hand with his ID band, the IV’s insertion site and a clearer pic of the hospital logo. 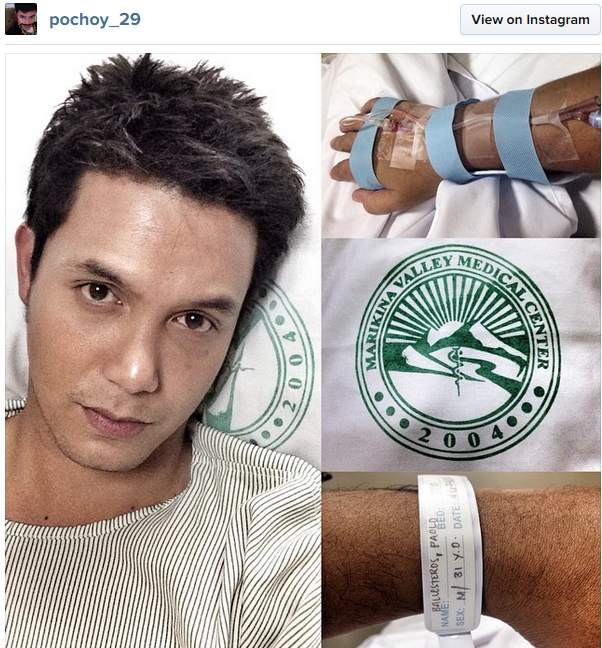 The “Juan for All, All for Juan”segment host expressed relief that the his transient schemic attack did not progress. He even shared that he had hypertension and he would do further laboratory tests. He expressed his gratitude and even joked about his blood pressure in connection with his age.

While transient schemic attack is considered not to give any permanent damage, it is still a serious case that must be given response as soon as possible because it is a serious sign of a stroke. According to stroke.org, 40 percent of those who had TIA would be likely to have an actual stroke. A person with TIA may experience sudden numbness, confusion, loss of coordination and others.

Paolo Elito Ballesteros IV, Paolo’s real name, has a degree in AB Communication and had been part of GMA network’s noontime variety show ‘Eat Bulaga’since 2001. He is hosting the segment Juan for All, All for Juan with co-hosts Jose Manalo, Marian Rivera and Wally Bayola. Rerefrence: gmanetwork